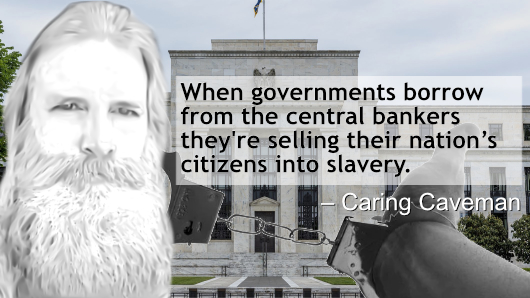 When governments borrow from the central bankers they’re selling their nation’s citizens into slavery.

Most nations have privately owned central banks. So when a nation’s government borrows they are agreeing that the citizens will pay the debt back.

The debt collection system which is imposed on citizens to force them to pay the debt is greatly influenced by or outright operated by the same bankers who own the nation’s central bank.

Whatever you want to call it; debt slavery, debt servitude, or debt bondage, it is a perpetual neverending state of indebtedness to the central bankers. Which makes all the citizens of a nation their property and lifelong slaves.

In general, central bankers create their privately-owned national currencies out of nothing and trick everyone into excepting it as debt. When they do this they don’t create the interest required to pay the debt back. This way there will never be enough existing currency to pay off the debt.

Central bankers are at best — the worst of thieves. Beyond the enslavement of humanity, the atrocities that they’ve committed growing their wealth and power are too many to list and ever so horrible to think of. Their central banks and national debt collection systems should be shut down and all their fake credit/debt canceled.

Realistically though, currently the best chance people have to free themselves… is for everyone to start adopting and using decentralized cryptocurrencies as fast as possible. 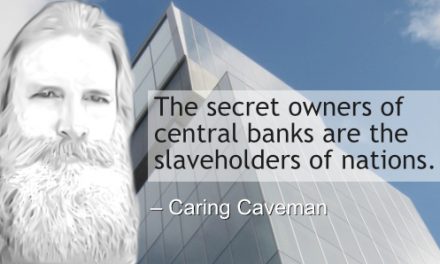 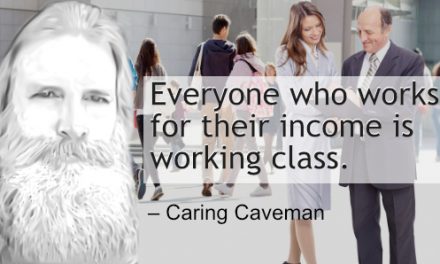 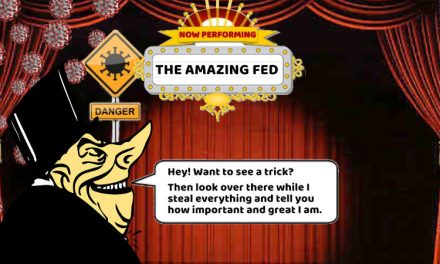 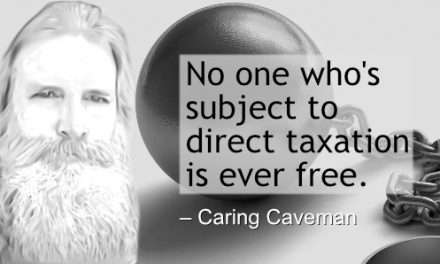